Out in the Country: Stories about Nature and Rural Living - Book 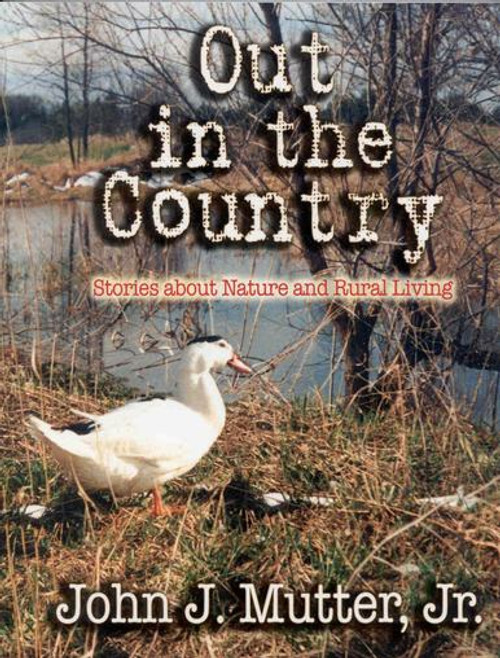 Out in the Country: Stories about Nature and Rural Living - Book

Out in the Country by John J. Mutter, Jr. is a collection of stories based on the author's experiences growing up living over his parents' tavern and general store and then purchasing and living on his own farm in rural Shawano, Wisconsin. In 1966, when he was 23 years old, he bought an old, vacated farmstead. John and his wife, Karen, have steadily made their farmstead a comfortable place for wild critters of all kinds. Many of the stories in this collection are either experiences or ideas he has thought up while on this farm.

John wants people to understand that the word "outdoors," is greatly misused. A person can be in the outdoors when they are in the park or a populous city. Out in the Country is a collection of stories about the rural setting. So, slow down, get out of your car - step into the woods with him! Read about some of his pets. Get comfortable by the fireplace, or in your special reading spot, and let him tell you about some of the people he has met in his lifetime.

John J. Mutter, Jr., writer and publisher, has been published in many newspapers and magazines and has written several books. Born in Racine, Wisconsin in 1943, he spent his childhood there. In 1961, he joined the Navy which took him from Great Lakes, Illinois for boot camp to Patuxent River, Maryland for shore duty to Little Creek, Virginia on amphibious ships. He also participated in the first bomb shelter test. He worked as a merchant seaman on ships headquartered in Oakland, California. A Vietnam War veteran, he began his blue collar life working in a variety of jobs including machine shop attendant, gas station worker, paper mill employee, bartender, construction worker, security guard, car mechanic, bailiff, grave digger and meat counter attendant in a super market. His last full-time job was 15 years as a power plant operator at a maximum security prison in Green Bay, Wisconsin. His life-long dream of becoming a writer was fulfilled after he attended a one-week school for creative writing in 1980. Since that time, he has become known as a storyteller, activist, environmentalist, historian, speaker, trophy winning pool player, outdoorsman, biographer and award winning writer.

No Time to Count - Book