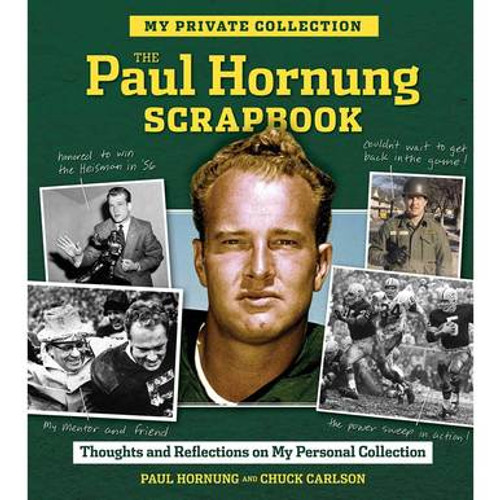 The Paul Hornung Scrapbook is a collection of the Green Bay Packer Hall of Fame running back's memorabilia and photographs. Paul Hornung played his entire career for the Packers and his private collection of memorabilia includes photographs never seen before, a photo of his original contract with the Packers, and stories and memories from the player. Hornung and Chuck Carlson collaborated on this scrapbook, the perfect keepsake for any Cheesehead.

Paul Hornung is an NFL Hall of Fame running back who played for the Green Bay Packers from 1957 to 1966. While with the Packers, he won four NFL titles and the first Super Bowl. He lives in Louisville, Kentucky.

Chuck Carlson of Battle Creek, Michigan is an award winning sportswriter whose work has been published in newspapers across the country. He has spent over a decade covering the Green Bay Packers and is the author of several books about the Packers.

The Kid Who Climbed the Tarzan Tree - Book